image goes here
Lydbrook is a large village situated on the western edge of the Forest of Dean and adjacent to the Wye Valley. Many of the village houses are high on the valley hillsides. The Lydbrook valley was once the site of a thriving tinplate works, opened in 1871 and closed in 1925. The village also housed the large cable works factory built in 1912 by H. W. Smith & Co. The works supplied a vast quantity of field telephone cable during the First World War. The old railway, built in 1872 ran high along the hillside, and then crossed the valley on a huge viaduct on 90ft high stone piers. The viaduct was finally demolished in 1969. Without the heavy industry, the village is now a tranquil backwater. Lydbrook became established thanks to its deep valley, running down to the Wye from the central Forest. It offered a source of power (running water), close proximity to materials such as wood, stone and iron ore and also good communications and transport via the Wye. A mill existed at Lydbrook ViaductLydbrook as early as 1282 by the late 15th century, there were three forges, a lime kiln a tinplate works and a wire-works. It became the principle coal port on the Wye from which Forest coal was shipped to Ross and Hereford. Despite the fact that for most of its history Lydbrook has been a hive of industrial activity, surprisingly little of this remains to be seen. The Forge Hammer Inn (currently closed) recalls the village's past along with a row of former dockworkers cottages at the foot of the valley near the river. There is a group of lime kilns in the lane above the Royal Spring Inn and the King's Howarth Furnace, albeit in greatly changed form also remains. Most notable however are the abutments of the Severn & Wye Railway Viaduct, which was built in 1872 to carry a branch railway line from Cinderford, a major feat of 19th century engineering&ltbr />&ltbr /&gtWith historic buildings in and around the town, some national monuments, some still in use, owned privately or by the local council, we often find ourselves called on in the Lydbrook area to ensure that when the grime from traffic, bird fouling, general day to day soiling or even graffiti is removed from a treasured building, there is no damage to the often delicate stonework beneath.&ltbr />&ltbr /&gtFrom removal of old paint for a domestic redecoration project, or the intricate cleaning of stone work in a cathedral using the poultice method, you will find that wherever you are in Lydbrook or Gloucestershire, you will get a quick response, highly competitive quotation and thorough cleaning from DJ Cooper. Our number is shown above, or if you prefer to send us an email, simply click in the header of any page.

Photo from Featured Project near Lydbrook, Gloucestershire
Poultice Cleaning
&ltp&gtFor the effective removal of rust, copper staining and atmospheric soiling from masonry by the application of tailor-made poultices which are specific to the material to be cleaned. This technique is particularly useful for removing soiling in building interiors where the use of water based techniques would be damaging, and it is extremely effective for gently cleaning sculpture and monuments. </p>&lth4></h4>&ltp></p>&ltp></p> 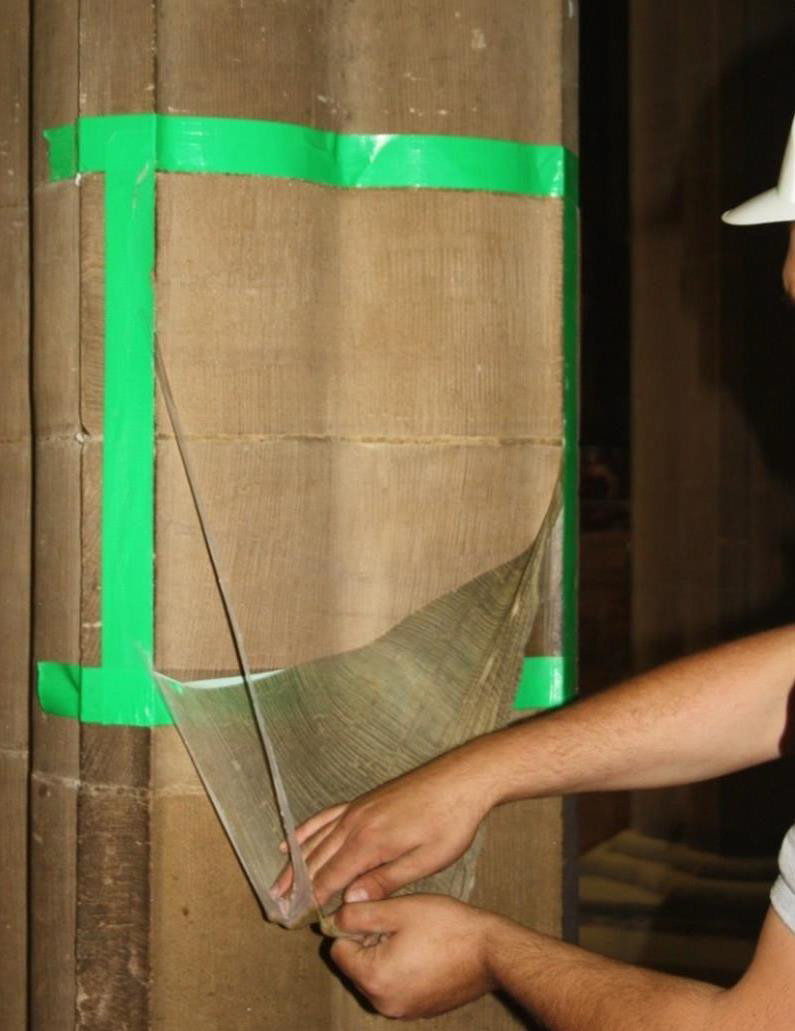